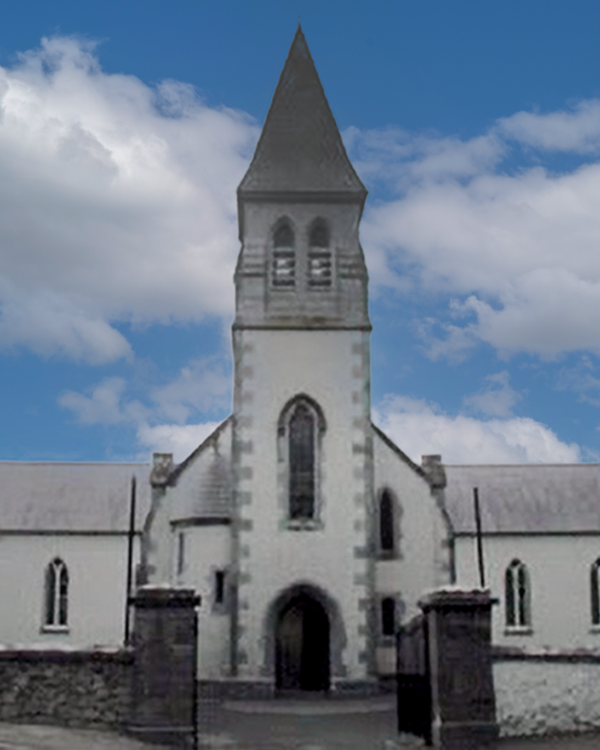 Kildangan - Our Lady of Victories

In a Parlimentary Return of 1731, Richard Foxcroft, Vicar states that "in the parish of Kildangan there is no Mass House built, but the Priest of Lackagh says Mass often at the back of an old castle of there".

A chapel, probably erected after 1731, stood beside the castle. This served until 1792, when the present chapel was built. This site was provided by the O'Reilly Family, who also defrayed the building costs. It was considerably enlarged in 1849 Susan, grandmother Roderic More O'Farrell Esq., one-time owner of Kildangan Stud. The O'Reilly's also provided the schoolhouses at Kildangan. 1834 - 1836, at a cost of over 400 pounds. The church tower and bell were added in 1881, by Fr. Michael Comerford.

Kildangan was a Retory of the Abbey of Great Connell (now Newbridge). Three families successively dominated in this area: Fitzgeralds (builders of the castle), Aylmers and, from 1706, the O'Reillys.

In 1746 Richard O'Reilly was born here. He was to become Coadjutor Bishop of Kildare & Leighin in 1781, and was afterwards Archbishop of Armagh until his death in 1817.